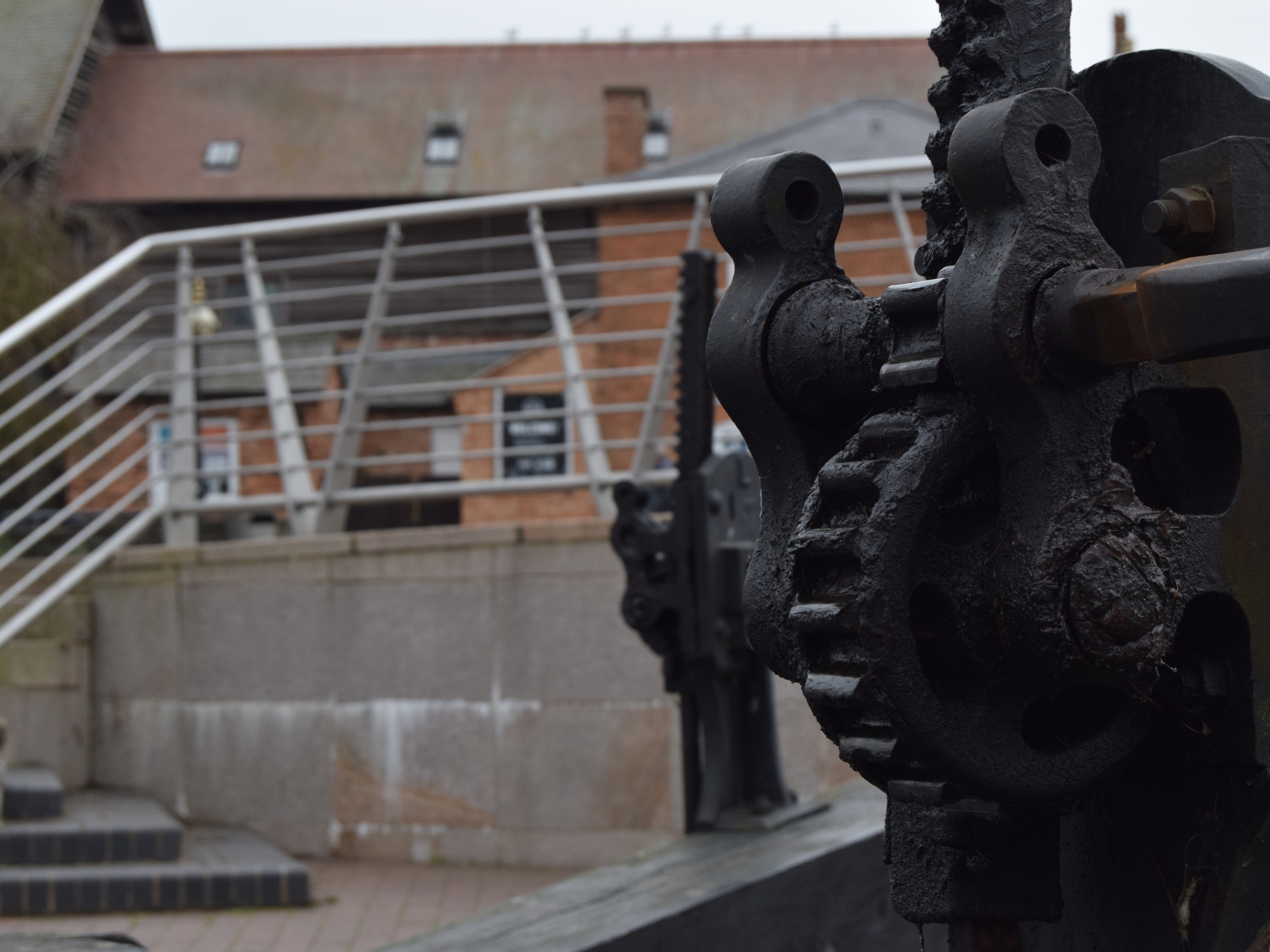 The Stratford-upon-Avon Canal is a canal in the south Midlands of England, it was built between 1793 and 1816 and runs for 25.5 miles in total consisting of two sections. The dividing line of the canal is at the Kingswood Junction which allows access to the Grand Union Canal. When a railway company purchased the canal in 1856 it gradually declined and the southern section became un-navigable by 1945 although the northern section was a little better.

The northern section of the canal was the setting for a high-profile campaign organised by the Inland Waterways Association in 1947, this campaign was created to allow the right of navigation under the Tunnel Lane Bridge which required the Great Western Railway to give it up so that it allowed the boats to pass. The actions taken by this campaign saved the section of the canal from closure and the National Trust restored the southern section between 1961 and 1964 after the attempt to close it was over ruled. The canal was reopened by Queen Elizabeth the Queen Mother on 1st June 1974. The responsibility of the canal was transferred to British Waterways in 1988.

The Stratford-upon-Avon Canal was formed as part of a network of canals that would allow coal form the Dudley and Stourbridge Canals to reach Oxford and London without having to go through the Birmingham Canals in which the management was seen as overbearing. On March 28th 1793 an Act was passed for the construction of a canal from a junction with Worcester and Birmingham Canal in Kings Norton to Stratford-upon-Avon. The route of this would take it close to the Warwick and Birmingham Canal at Lapworth but the act did not include the direct connection with it or the River Avon at Stratford itself. It was in 1795 when negotiations started to connect the canals and a second act was obtained on May 19th 1795 to allow a connecting link to be built even though there were unfavourable terms imposed on the through traffic by any other company.

Josiah Clowes was the engineer employed for the construction and it began in November 1793 staring at the Kings Norton end of the canal. He also worked on Dudley Canal’s extension and another four canal systems at the same time which gave him the title of the first great tunnel engineer. Josiah Clowes died the following year but the work continued up until the main line reached Hockley Heath in the May of 1796 when it was one mile short of the first lock at Lapworth, as at this point cutting ceased because of a lack of money as the money raised had all been spent. The Dudley Canal extension running through the Lappal Tunnel was opened in early 1798.

With progress being made on the Warwick and Birmingham Canal the company got a third act of parliament on June 21st 1799 and this allowed it the raise more money and included a new route further east near Lapworth which meant that the length of the link connectin Birmingham and Warwick was only 200 yards. When work restarted in 1799 it was under a new engineer called Samuel Porter (who was a former assistant of Josiah Clowes) and he continued as far as the Kingswood Junction which was formally opened on May 24th 1802 and after this cutting again ceased.

The construction only recommenced again in 1812 with the leadership of William James of Stratford who had owned shares in the Company since 1793 and had a wide interest in turnpike roads and railways. Following a tour of the north of England between 1802 and 1804 (a tour he was on when he investigated railways and canals) he expanded his business interests to include coal mining. He became the chairman of the canal Company and in 1813 personally bought the Upper Avon Navigation. William James of Stratford wanted to create a through route between the River Severn and the Midlands so the company got a further act of parliament on May 12th 1815 and this authorised a connection between the canal and the Avon at Stratford-upon-Avon. The canal reach Stratford in June 1816 and the connection with the river was made. The total cost of the canal was around £297.000.

The south section of the canal never saw William James of Stratford’s ambitions as the Upper Avon was too dangerous and prone to flood to be a reliable route through. He had spent £6,000 on the improvements to the Upper Avon locks in 1822 but this drained his funds and he was declared bankrupt not long afterwards.

The traffic on the canals slowly built up although the tolls were low to offset the costs imposed on goods passing through Kingswood Junction to the Warwick and Birmingham Canal. On the south section coal was taken to Stratford where it was sold or taken along the Upper Avon or the Stratford to Morton Tramway.

In the late 1930’s the south section had become derelict but the water supply was maintained and the Great Western Railway (GWR) used it to supply its engine shed in Stratford. In the north section although it was never officially closed the traffic in the canal had virtually ceased by 1939. The section was blocked when the Tunnel Lane lift bridge (bridge no. 2) at Lifford became faulty was replaced by the railway company with a fixed bridge with an insufficient high for boats to pass. Because of this Lord Methuen raised the issue in the House of Lords in 1947 and was assured that the bridge “would be lifted at any time on notice of intended passage being given”

Ton Rolt (an English writer and the biographer) who was a founding member of the Inland Waterways Association announced that he intended to pass under the bridge on May 20th 1947. Despite difficulties because of the state of the canal and the fact that the accompanying boat provided by the GWR got stuck the bridge was reached and it had been jacked up and was resting on heavy timbers. Robert Aickman who was another of the founders of the organisation had organised press coverage and the story was reported in the national newspapers and other members were then encouraged to use the route.

In 1950 the bridge that had become known as Lifford Bridge was replaced with a working swing bridge and the northern section was saved. The bridge has now been removed altogether.

The southern section of the canal was un-navigable by canal boats by the 1950’s as some of the locks could not be operated and a few of the small ponds between the locks were dry. Some problems with a bridge also began the process of restoring the section of the canal. In 1958 Warwickshire County Council sought to obtain the legal abandonment of the canal as they wanted to replace bridge 59 at Wilmcote without the expense of providing passable headroom. The inland Waterways Association and local activists began a campaign against this closure and two canoeists who had used the canal recently produced a dated toll ticket for their journey which was offered as proof that the canal was not disused.

On May 22nd 1959 it was announced that the canal would be restored with the British Transport Commission and National Trust reporting that they had agreed on the terms of a lease where the National Trust would be responsible for the restoration and maintenance of the south section.

The transfer of responsibility took place on September 29th 1960 with the work starting in March 1961. The project was managed by David Hutching who led the way in the use of voluntary labour, which would be used on many subsequent restorations, and assistance was also given by prisoners from Winson Green prison, the Army and the RAF Airfield Construction Branch.

The canal was fully navigable by mid-1964 and Queen Elizabeth the Queen Mother officially re-opened it on June 1st 1974. Its restoration was a turning point for the waterways movement in Britain.

This is a text widget. The Text Widget allows you to add text or HTML to your sidebar. You can use a text widget to display text, links, images, HTML, or a combination of these. Edit them in the Widget section of the Customizer.
Loading Comments...
Comment
×
%d bloggers like this: