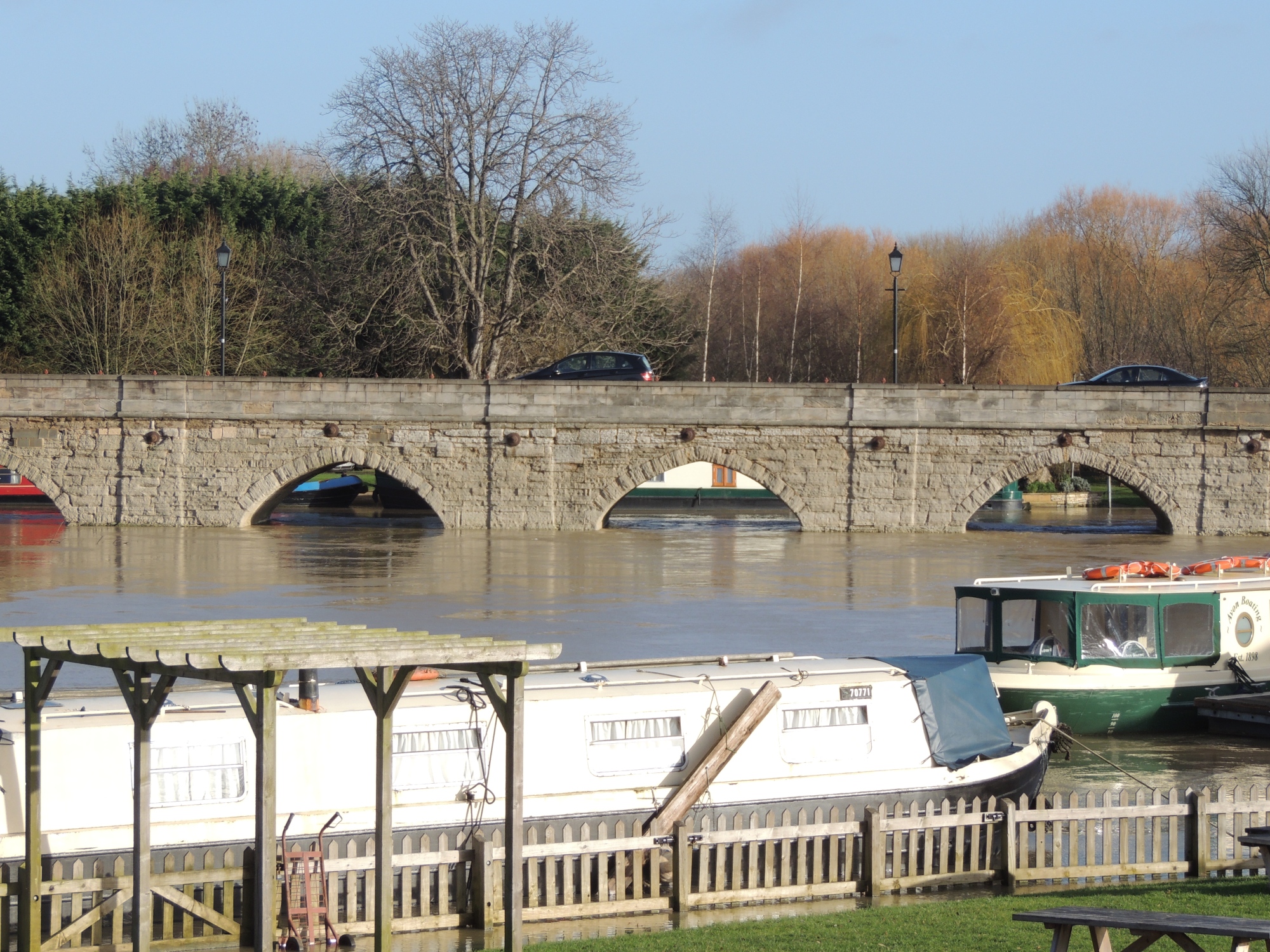 Clopton Bridge is located in Stratford-upon-Avon and is a Grade 1 listed masonry arch bridge that has 14 arches that span the River Avon. The bridge crosses the place where the river was forded in the times of Saxon England and this gives the town its name. The bridge now carries the A3400 over the river.

The bridge was built in 1486 during the reign of Henry VII of England and was financed by Hugh Clopton of Clopton House who later became Lord Mayor of London. This stone bridge replaced a timber bridge that had dated back to 1318. Two of the arches of the bridge were later rebuilt in 1524 and again in 1588 following flooding.

In 1642 during the English Civil War between Oliver Cromwell’s Roundheads and King Charles I’s Royalists an arch had been destroyed in an attempt to prevent Oliver Cromwell’s army from entering the town. Oliver Cromwell is later thought to have stayed at The Shrieves House in Sheep Street in 1651 where he is believed to have written a letter from the town to Lord Wharton on 27 August 1651 before the Battle of Worcester.

In the year of 1696 some money was raised to heighten the walls of the bridge as it was as low as four inches in some places and the bridge was later widened on the north side in 1811 along with a ten sided toll house that was added in 1814.

A cast iron footbridge was added in 1827 to allow people to cross the bridge safely.

John Leland (an English poet and antiquary) described the bridge as:

“a great and sumptuous Bridge upon Avon at the East Ende of the Towne, which hath 14 great Arches of Stone and long Causey made of Stone, low walled on each side, at the West Ende of the Bridge”

This is a text widget. The Text Widget allows you to add text or HTML to your sidebar. You can use a text widget to display text, links, images, HTML, or a combination of these. Edit them in the Widget section of the Customizer.
%d bloggers like this: